Houghton Regis was ‘Putting on the ‘Style’ at a special Service of Thanksgiving on Thursday to celebrate the 90th Birthday of the Her Majesty the Queen,followed by a ‘London-esque’ style indoor Street Party at the Bedford Square Community Centre.

The service took place at a red, white and blue decorated All Saints Parish Church, officiated by Father Diego Galanzino, and was attended by representatives from local schools, churches, clubs and societies as well as local residents.

An invitation was also extended to residents who had reached their 90th Birthdays, and attendee’s included a lady of 100 years old!

The Service included a reading of the Queen’s Twenty First Birthday Speech in 1947 by the Deputy Mayor, Councillor Chris Slough.

Misha carried the torch from Bishops Stortford to Stanstead Mountfitchet and the Town Council was honoured to have been able to use this item for a mini torch relay!

The children and young people passed the torch along the Church Path under the supervision of the Deputy Mayor, and the torch was specially decorated for the event by Houghton Regis Craft and Coffee who created some special flame effects.

The Deputy Mayor then carried the torch to the Community Centre, followed by the schools.

The Tea at the centre included musical entertainment from Houghton Musical Experience and Last of the Summer Ukuleles.

The guests were treated to some all-time classics including ‘My Grandfather’s Clock’, ‘My Old Man, Said Follow the Van’ and ‘Bring Me Sunshine’.

Sarah Gelsthorp, Civic and Events Officer for the Town Council said” The event was a wonderful way to celebrate the Queen’s 90th Birthday and there was a real sense of community spirit.

The guests really enjoyed the afternoon’s festivities and enjoyed a sing-along’ and dance, which added to the atmosphere.

Hopefully this is an occasion that everyone will remember for years to come”. 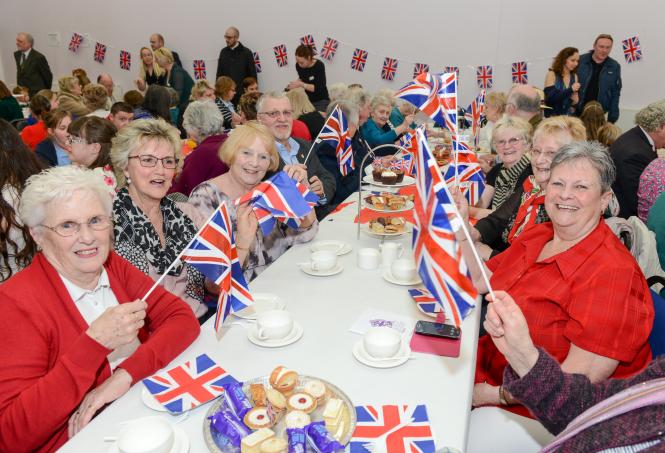 CLICK THE LINK BELOW FOR MORE PICTURES  FROM THE EVENT

Last updated about 5 years ago